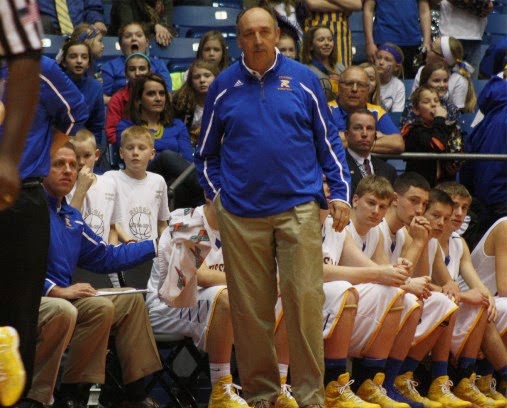 After 31 years as the head coach of Russia boys basketball, Paul Bremigan retired from the Raiders program on Wednesday, April 29th. Coach Bremigan took over in the 1984-85 season and eventually built the Raiders into a powerhouse in the Shelby County League. In his last 17 years at Russia, the Raiders won eight outright league titles and had only one losing season. Coach Bremigan became Shelby County's all-time winningest boys basketball coach and tallied 437 victories overall, including 44 his last two seasons. His greatest accomplishment will always be remembered by Russia fans as the 2001-02 season when the Raiders won a school record 24 games and made it to the state finals. Below is Coach Bremigan's record year-by-year