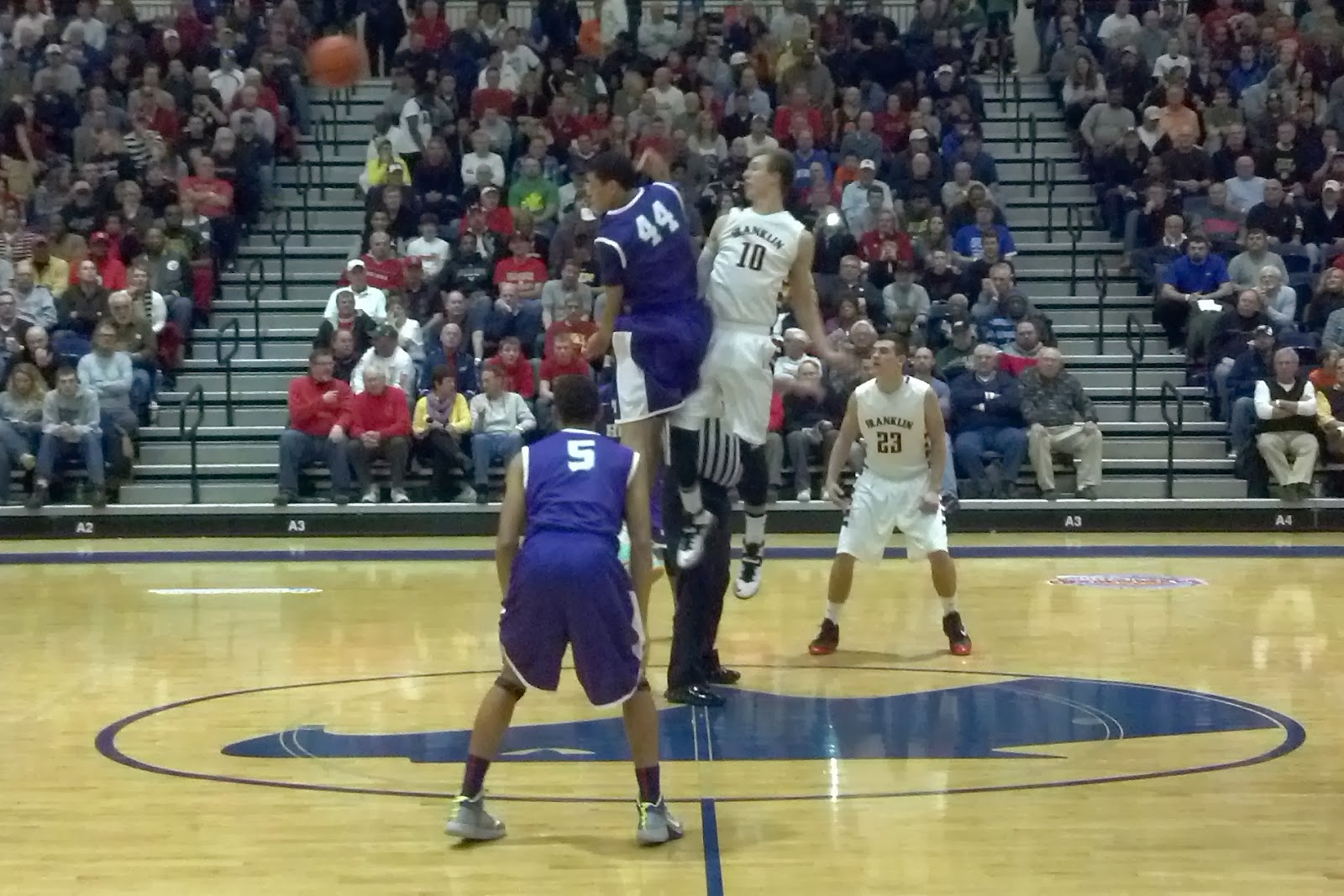 Thanks to some basketball buddies, my son Ross and I had seats in the front row behind the scorers table directly at half court. The only other person with an equally better seat was the guy the building was named after, Mr. James Trent, who sat front row half court directly across from us. Oh yea, Kentucky coach John Calipari didn't have a bad seat either. He was front row too, about even with the foul line and in a good spot to watch Kennard, who Calipari has already offered a scholarship to. Kennard and Jackson didn't disappoint. Luke finished with 38 points and Justin 35. For highlight from both, see below.


The only disappointment came with 8 second left and Franklin down by three points. HCYA inbounded the ball and Kennard found himself as the lone Franklin player guarding the ball. Already with four fouls, Kennard looked around for a teammate to commit the foul and stop the clock. When nobody was able to step up, Kennard fouled out with four seconds left and sent HCYA to the line. HCYA missed the front end of the 1-and-1. Franklin brought the ball down court and got off a nice 3-point attempt that just missed as the buzzer sounded. Fans were left to wonder what might have happened if Kennard would have taken the shot.

The game lived up to the hype and Ross and I sure got our money's worth. Heck, our tickets were only $12 a piece, which included a few more games we watched as well. Perhaps I'll get to watch Kennard and Jackson square off again in the future, and it wouldn't surprise me if it was an NCAA tournament game. I'm just guessing I wouldn't get half court seats for $12 again. 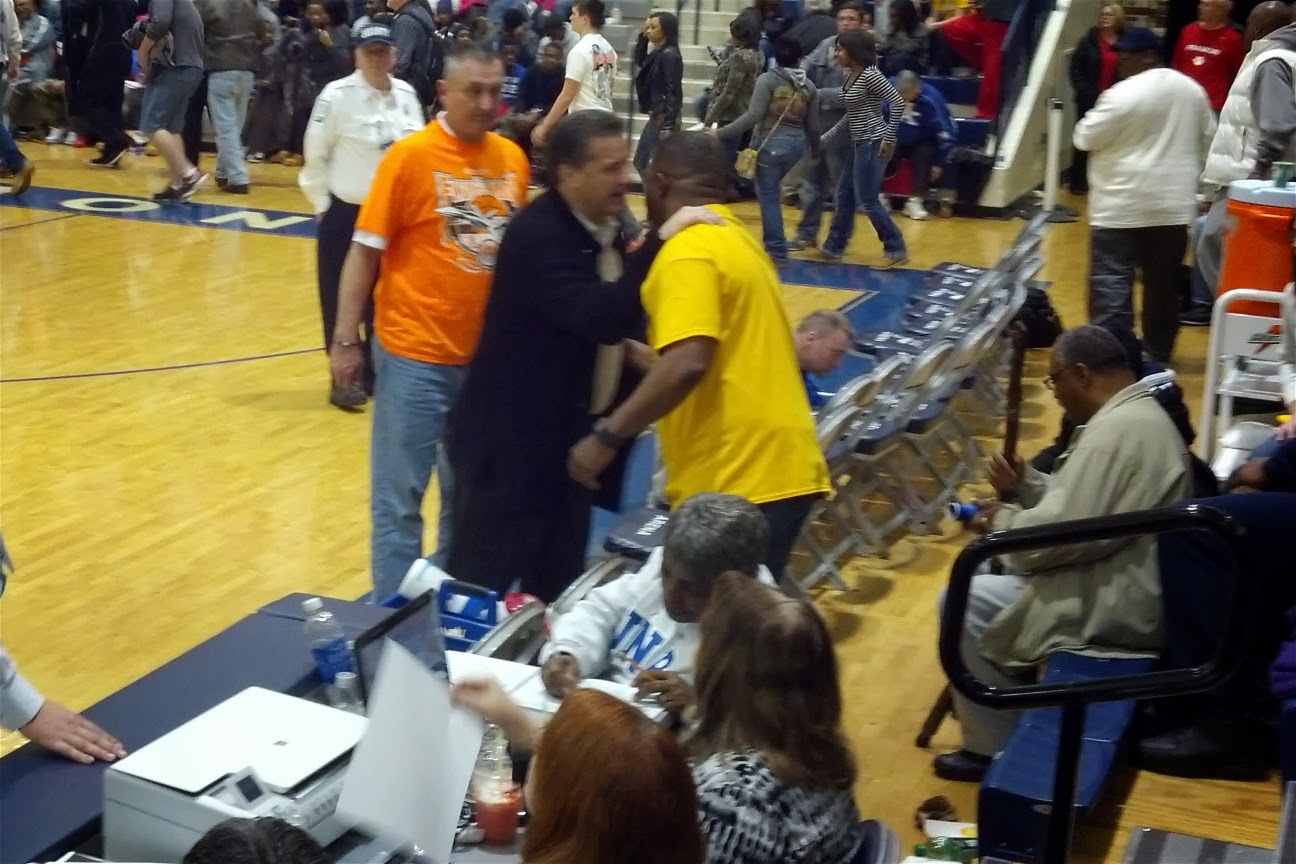 After Coach Calipari watched Kennard's game, he gave a hug to
the father of Kentucky commit Tyler Ulis who played in the next game