End of a Rivalry 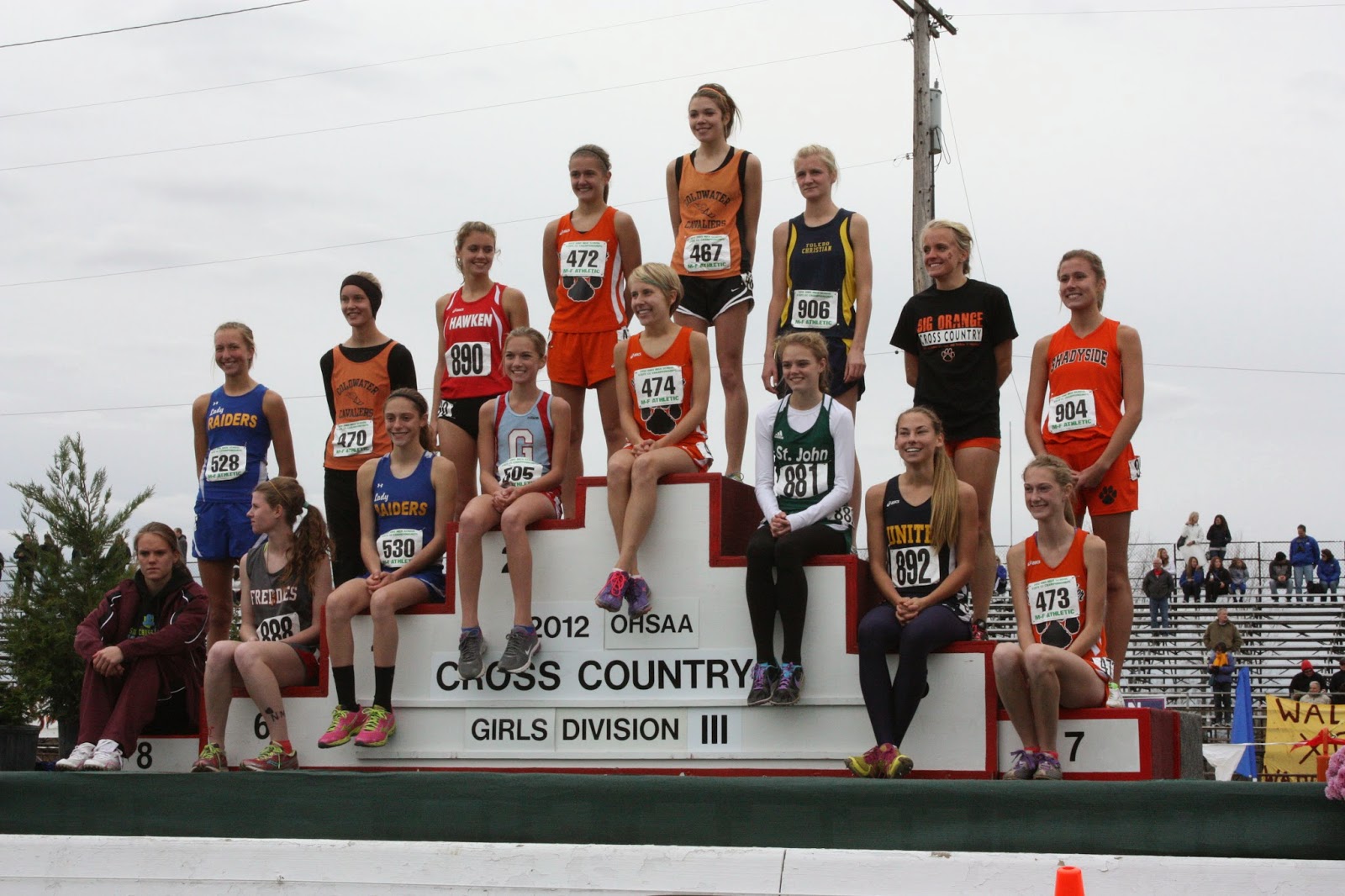 Perhaps a rivalry was born in 2012 when sophomore Sarah Kanney of
Coldwater took the top spot on the podium that Liberty Center sophomore
Brittany Atkinson occupied the year before. Brittany is 2nd in this photo.

Individual sports rivalries are pretty unique. It typically takes two elite athletes that dominate their sport and are fortunate enough to compete head to head for an extended length of time. For the rivalry to be legitimate the opponents almost always bring out the best in each other, and if one athlete consistently wins it's usually not considered much of a rivalry.

This Saturday will mark the finale of one truly special high school sports rivalry. Senior cross country runners Sarah Kanney from Coldwater and Brittany Atkinson from Liberty Center will meet for one last time on their sports biggest stage, the OHSAA state cross country course. Over the span of four seasons these two girls have been widely regarded as two of Ohio's best distance runners, and not just in Division III, in all divisions. Their careers against one another have defined what a rivalry is. In 2011 as freshman they met at the regional and state meets. Brittany beat Sarah at both, including winning the state championship. In 2012 as sophomores they met again at the regional and state meets. Sarah beat Brittany at both this time, including winning the state championship. In 2013 as juniors they met for a third time at the regional and state meets. Sarah won the regional, but Brittany won state. In 2014 as seniors they met during the regular season for the first time at the Tiffin Carnival. Sarah ran an eye-popping time of 17:57.87 to win, while Brittany ran a 17:59.78 for second place. The two rivals also met again last Saturday at the regional meet. Sarah won and Brittany finished second. For those keeping score, their record against one another is Sarah 5 - Brittany 3 or Brittany 2 state titles - Sarah 1 state title, depending on how you're counting. 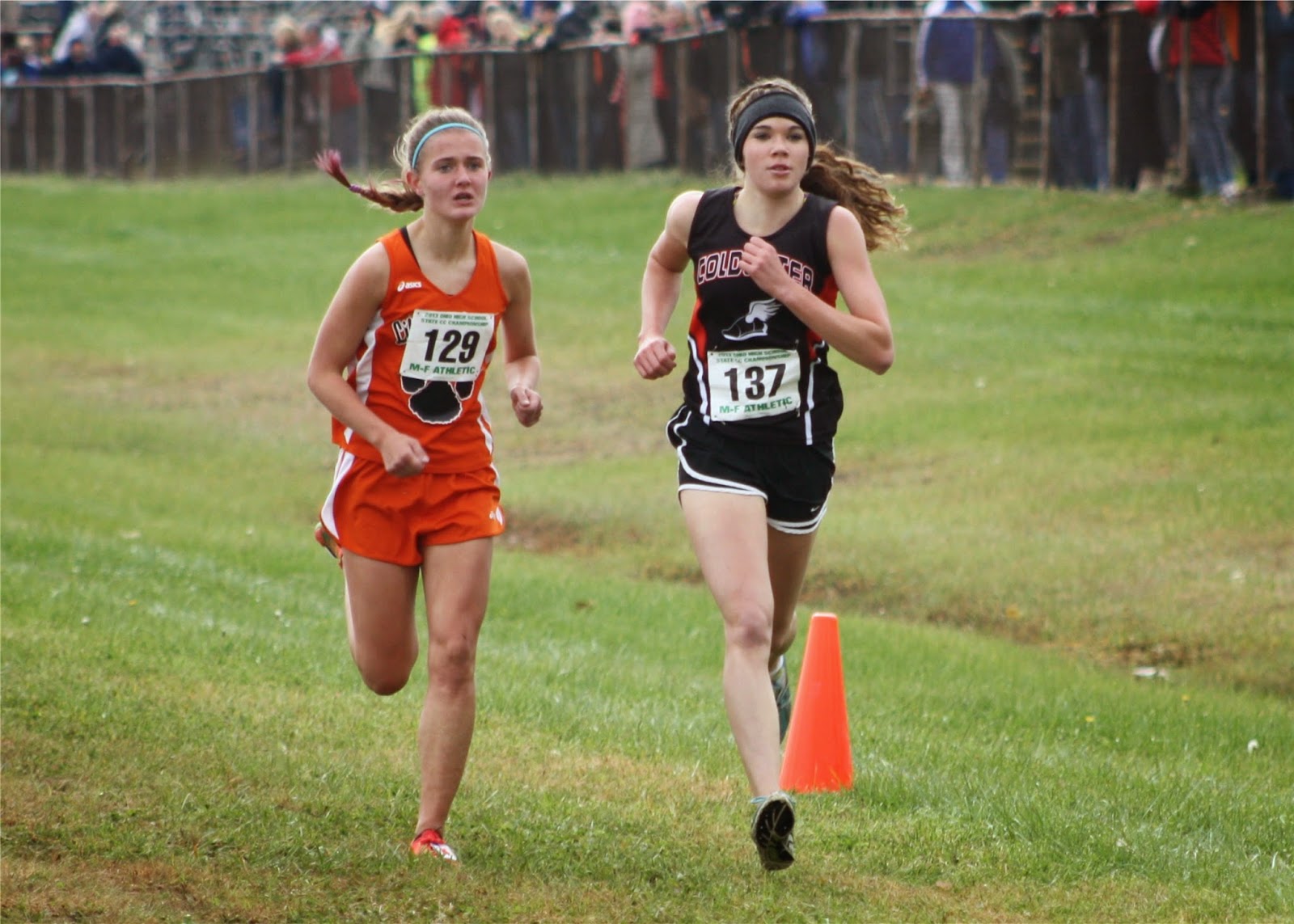 In 2013 both girls ran together for much of the first half of the
state race. In the end Brittany won her second state title.

I've had the opportunity to meet both runners and both are class acts. Sarah will be heading to NC State after graduation to begin her collegiate running career and Brittany hasn't decided on a college yet, but has six official visits scheduled after the state meet. Until then, high school cross country fans will enjoy one last battle this Saturday at National Trail Raceway in Hebron. I'm not predicting who will win this final showdown, but I predict both girls will be running side-by-side as they pass in front of the grandstands for the first time around the 1/2 mile mark. The crowd will come to their feet and the rest of Ohio's best runners will likely be a distant third at that point. Enjoy it folks, it's the end of a rivalry. 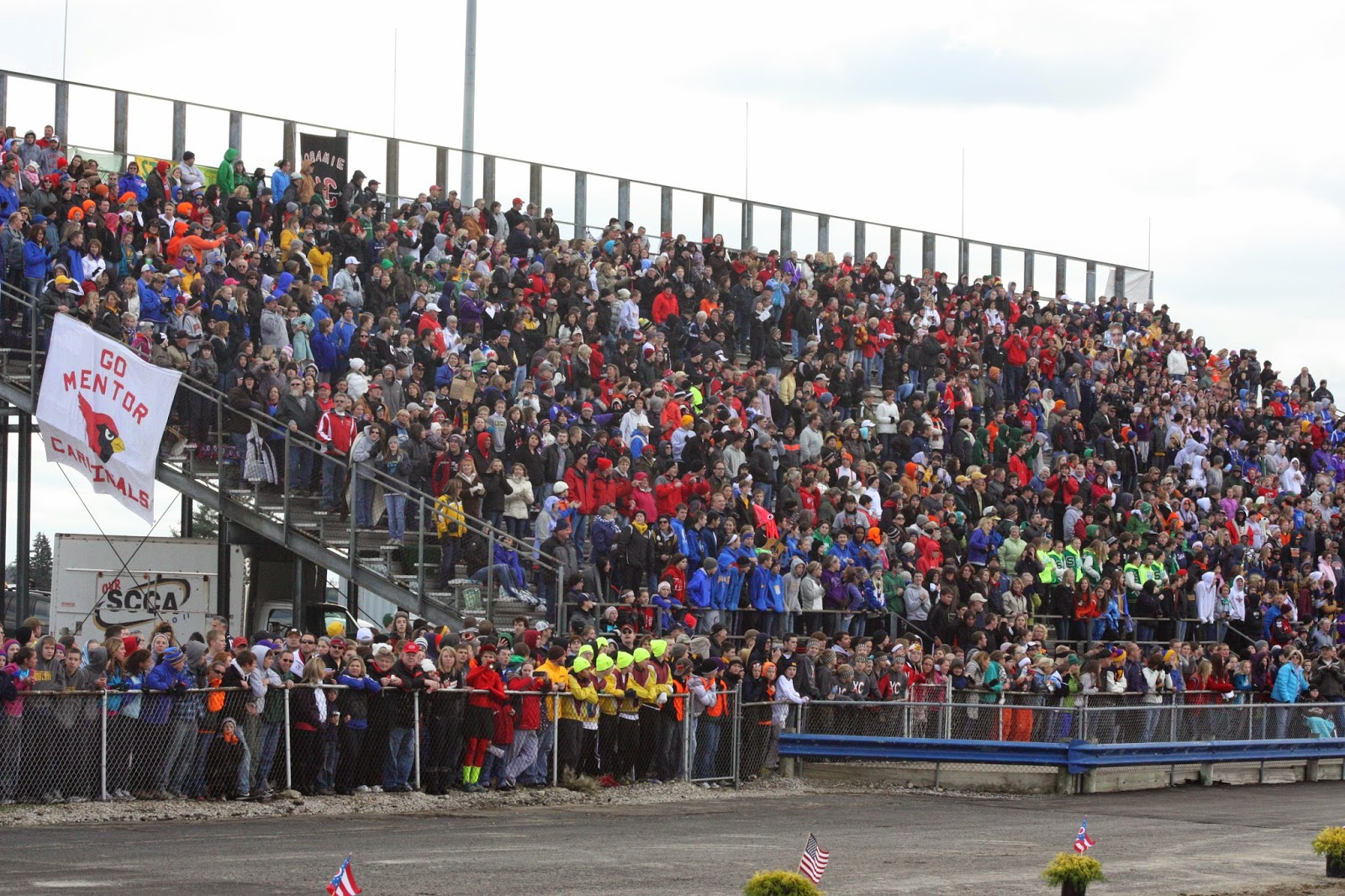 With close to 10,000 spectators, the OHSAA State Cross Country
Championships is one of the largest meets in the nation. 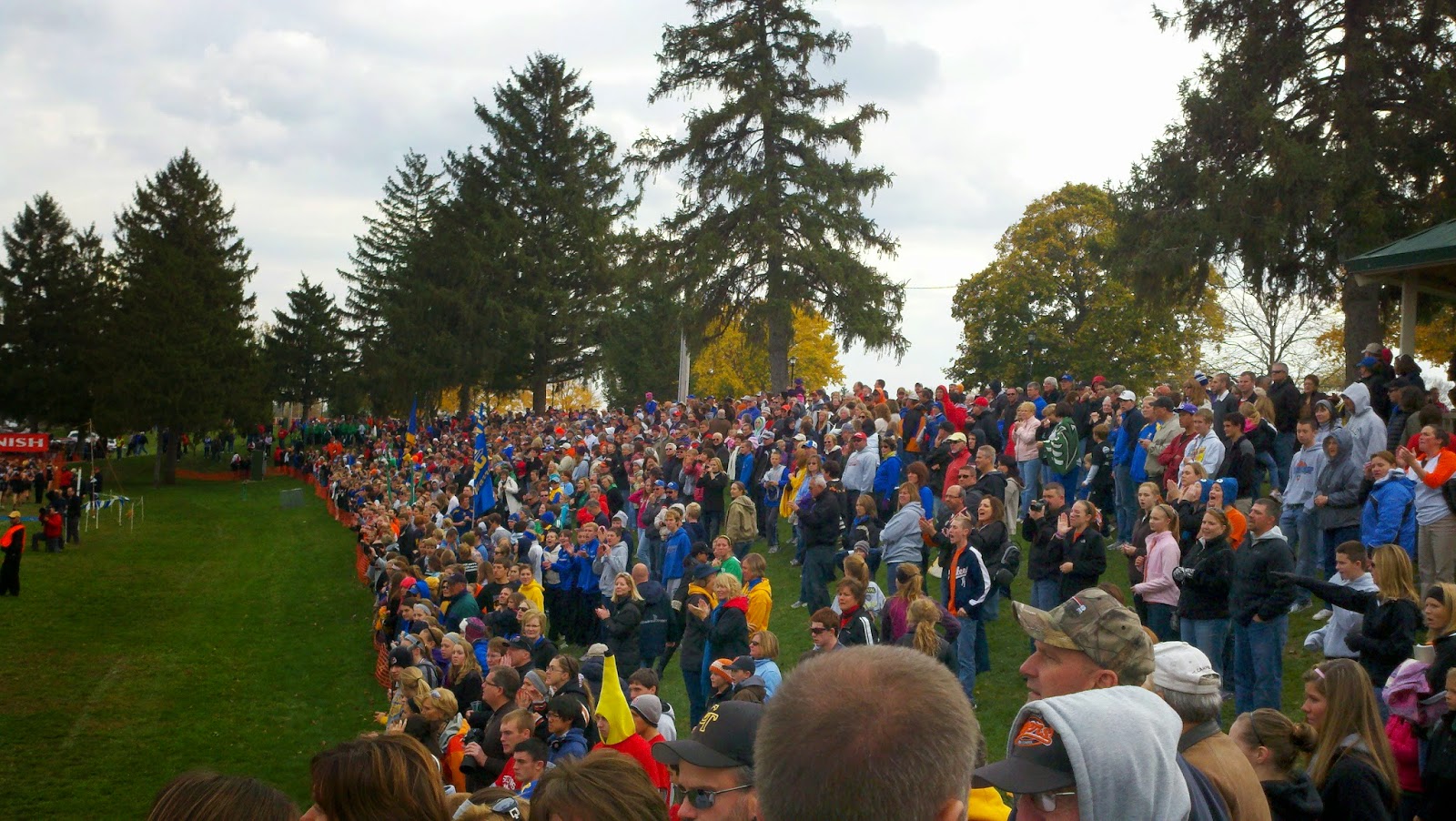 If by any chance you need to get in touch with me this Saturday morning or early afternoon, I'll be standing on the levee bank of the Great Miami River just south of Troy Memorial Stadium. That's because high school cross country runners from all over southwest Ohio will compete in the Troy Regional with hopes of advancing to the State Tournament the following Saturday. I've said it before and I'll say it again, this day is simply of my favorites of the year. Last year the weather was brutally cold and this Saturday the forecast is near picture perfect. The elements are of little concern to me though, I'll be there rain or shine.

While I have some interest in the Division I and II races, my focus is clearly on the Division III boys and girls. I'll start with my preview of the D-III boys race which starts at 11:00 am. The field will consist of 16 teams and 23 individual qualifiers, which equals 135 runners from 32 schools. Here's a spoiler alert - quit reading this now if you don't want to know how this race ends. Okay, here you go... This will be a huge morning for the boys from Cincinnati Summit Country Day. Their team should dominate in a big way and they're lead by seniors Mason Moore and John Murdock who will likely finish 1-2 in the race. Keep your eye on the clock with Mason Moore. With ideal conditions Mason might threaten the course record of 15:32.7 set by Sam Prakel of Versailles back in 2011. 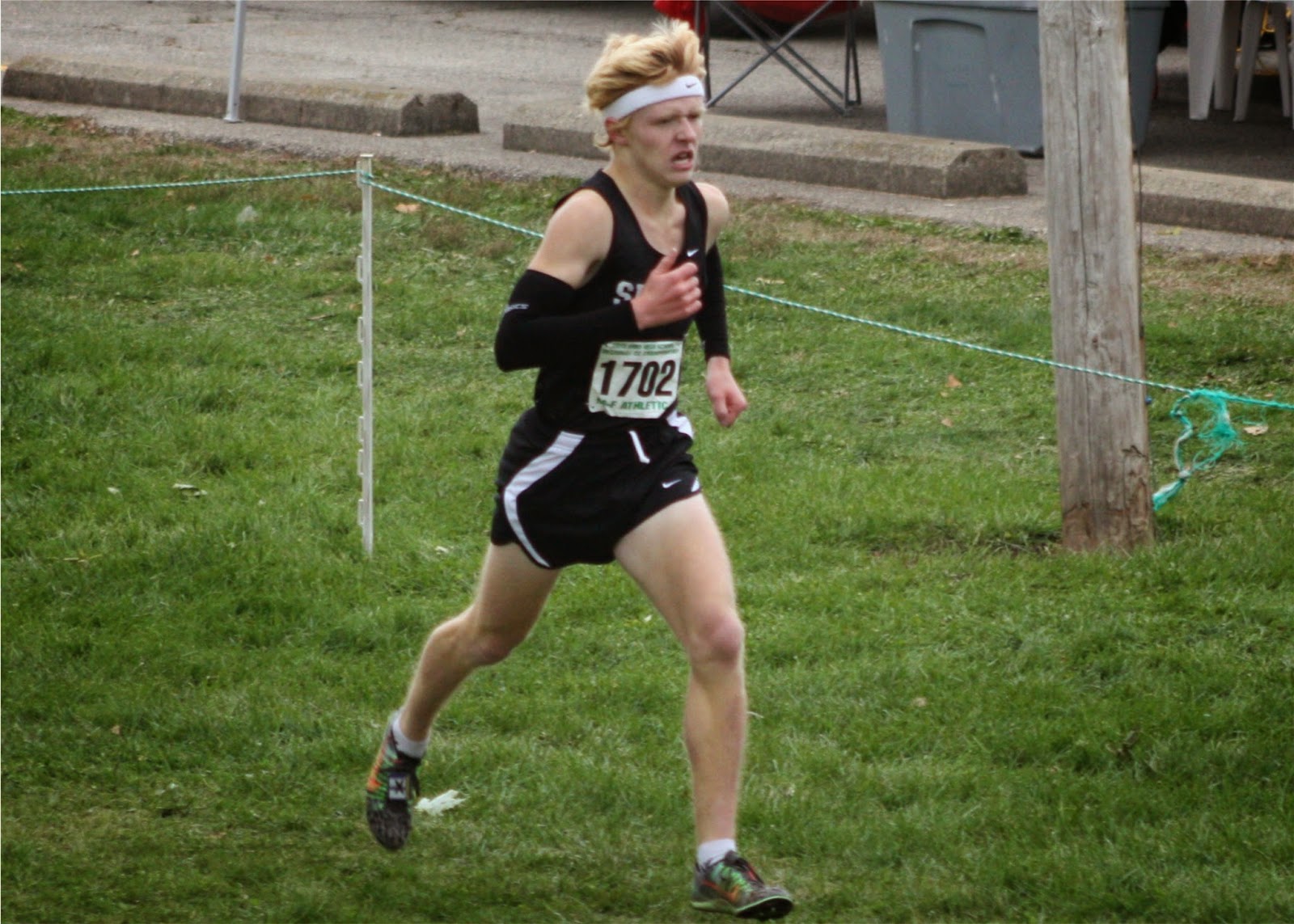 Last year Mason Moore won in Troy with a 16:11.53
and this year he may challenge the course record

The only real drama will be for the remaining three team spots that advance to state and the individual qualifiers. I see Russia and Anna grabbing two of the team spots. I think Botkins, West Liberty-Salem and Versailles will battle for the final spot. Individuals that finishes in the top 16 will qualify for state as well. Here are some of the local individuals I expect to challenge for the top 16:

The D-III girls race starts at 1:30 pm. Their field will consist of 16 teams and 17 individuals, which equals 129 runners from 31 schools. Last year the Russia girls won their first regional cross country championship in school history and this year I believe they'll do it again. The Lady Raiders have all the ingredients for a repeat, including a senior leader in Emily Borchers and a couple of veteran juniors in Lauren Heaton and Molly Kearns. If that isn't enough, the trio of freshman Megan Frazier, sophomore Shae Goubeaux, and senior Claudia Monnin all ran season best times last Saturday to bring home a district championship. The next two teams I think will advance to state are Versailles and Xenia Christian. That fourth and final spot should give hope to a lot of schools, but ultimately I believe the CCC champs from Miami East will celebrating a trip to Hebron. 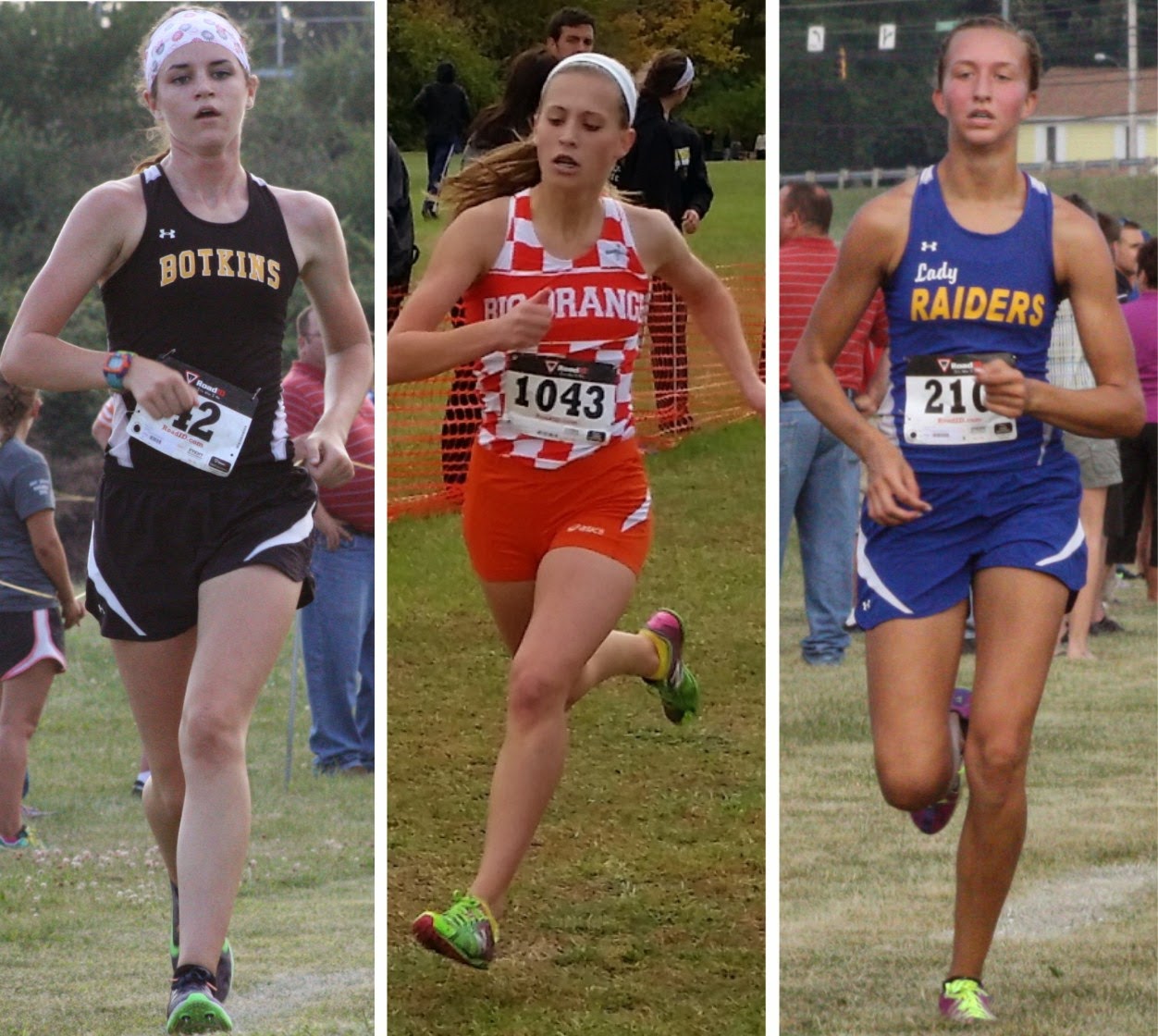 Expect these three girls in the lead pack early,
which one has the most kick at the end is the question

When I look at the individual competition I see a lot of parity. The course record of 17:51.6 set by Sunni Olding of Minster in 2003 seems ancient and will no doubt survive another year. The big star in this area all season has been Botkins junior Chloe Flora and I expect her to lead early with Purcell Marion senior Kansas Greenwell. West Liberty-Salem's emerging freshman Reghan Bieleski, Russia's Emily Borchers, and Covington sophomore Anna Dunn should also be part of that front pack that may result in a wild ending. Here is my list of local individuals I feel could qualify for state by finishing in the top 16:

There you have it, my regional preview. Now, join me on the levee bank this Saturday and watch the kids prove me wrong!

Note: If you're a Russia Raiders fan like I am, you're invited to the annual pre-game tailgate party that follows the Russia school buses to Troy. And if you don't follow the buses to Troy, just look for the largest RV in the Troy Memorial Stadium parking lot with all the people dressed in Blue & Gold. A large pot will be cooking chicken noodle soup to be served between the boys race at 11:00 am and the girls race at 1:30 pm. Feel free to bring your own chicken noodle soup to add to the pot and whatever else you like! 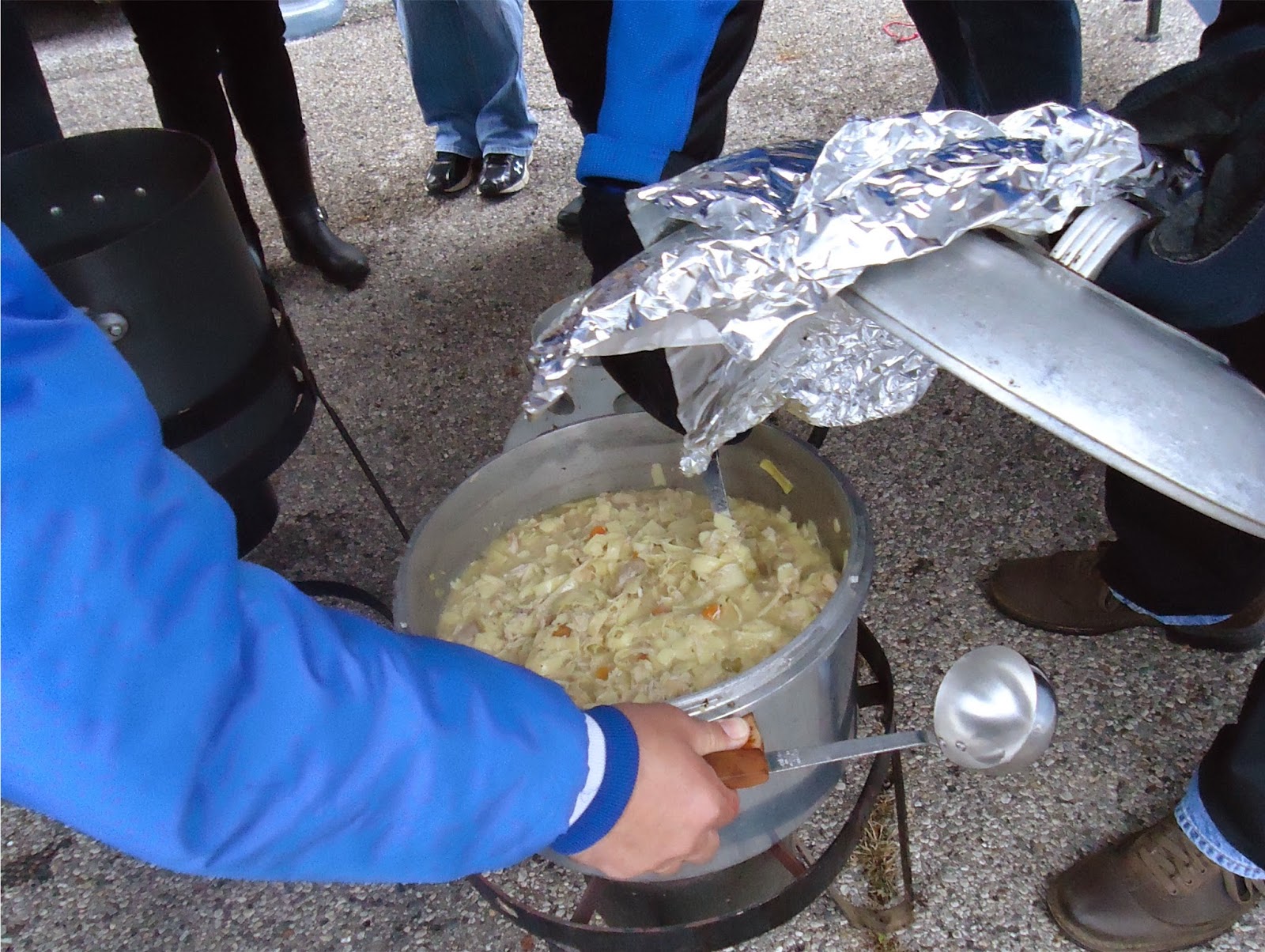