This past weekend I attended my first-ever concert at BMI Indoor Speedway in Versailles. I picked a good one too, because according to the internet the show I was going to see was "the world's most authentic tribute to the legendary Billy Joel". The official billing was: The Stanger: The Ultimate Billy Joel Tribute Show. I was looking forward to this for a couple reasons. For one, this was a very popular show at House of Blues in Myrtle Beach, SC, which has been a regular vacation destination of mine. Also, BMI has hosted some major acts in the last couple of years and I'd been wanting to experience this concert venue that's located just a few miles from my home.

The actual Billy Joel imitator was a Long Island native by the name of Mike Santoro. The show website claims that Mike "not only has an uncanny resemblance to Billy Joel, but sounds so much like Joel himself that it’s nearly impossible to tell the difference." My skepticism alarm went off... nearly impossible to tell the difference? I actually saw the real Billy Joel back in 1994 in Cincinnati when he was on tour with Elton John. The Piano Man and Rocket Man joined forces to belt out a tremendous playlist of duets and solos that highlighted decades of their hits. It was one of those moments you went home afterward and checked another item off your bucket list. Granted it was 20 years ago and my seat was in the nosebleed section, but I felt I was certainly qualified to decide if this impersonator was legit. 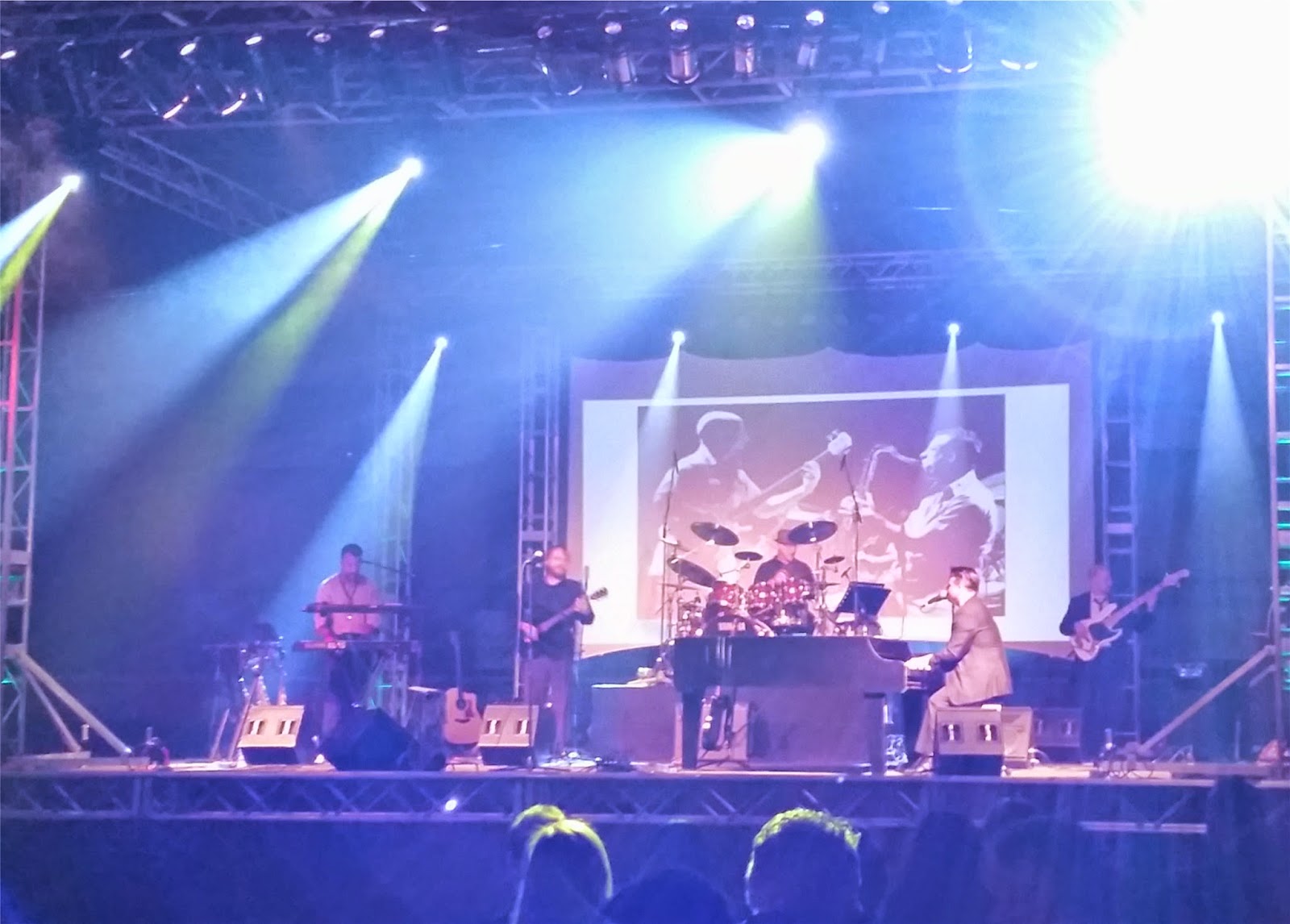 The tribute show was sponsored in part by Catholic Social Service of the Miami Valley and was booked by a local lady who has seen this act several times. The band included five guys that all traveled up from Charlotte, NC.  I believe at their shows in the Carolina's, like House of Blues, the band might add a few extra back-up singers. At center stage of course is the Piano Man and surrounding him are a drummer, a couple guitar players, and a keyboard player that doubles on the saxophone. The front man, Mike (Billy Joel), even played lead guitar a few times.

The concert started with the song "Angry Young Man" which is a rousing Billy Joel hit from the 70's that displayed just what kind of piano player we had. Make no mistake, the guy can play piano! It was a great start to the show, but then the band went into several B-side songs that nobody on my table was familiar with. To Mike's credit, he interacted well with the crowd and even asked us if we wanted to hear more B-side stuff. He then went into all the hits, both old and new, including tunes like "My Life", "Just The Way You Are", "We Didn't Start The Fire", "An Innocent Man", "Keeping The Faith" and "New York State of Mind". With about five or six songs left the band broke out "Uptown Girl" and a large part of the audience immediately marched to the dance floor, which had been mostly unoccupied until then. After that, the band played several more hits including "It's Only Rock and Roll to Me" and ultimately the sing-a-long "Piano Man". Interestingly, they ended the night with the Paul McCartney/Beatles hit "Let It Be".

So, does Mike Santoro resemble a young or old Billy Joel? No, not to me. Does he sound like Billy Joel? Most definitely, both his voice and piano playing. I would recommend the show to anyone, Billy Joel fan or not. Also, unlike that concert I attended in 1994, this show was cheaper than the ticket price back then and the traffic to get home took me all of five minutes. 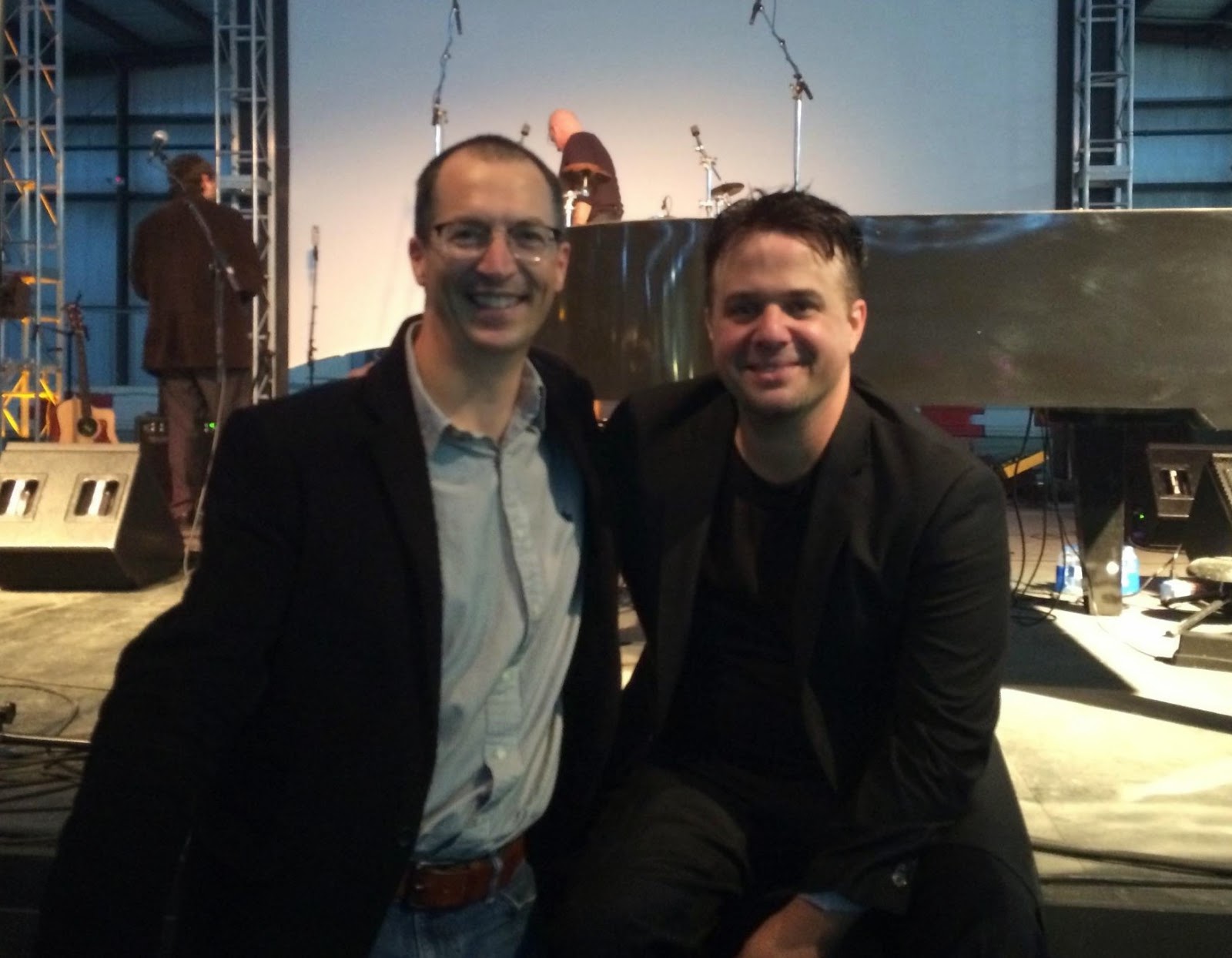 Mike Santoro (right) might not look like the real Billy Joel
to me, but he could have fooled this Piano Man fan

Finally, as I mentioned at the beginning of this post, I was also excited to experience my first concert at BMI Indoor Speedway. This arena has hosted such acts as Joe Diffe, Quiet Riot, Petra, Winger and Molly Hatchet to name a few. I have to admit, my first impression was that it was a little odd seeing the stage setup in the middle of a banked go-kart track. However, the unique venue created a memorable experience and the folks at BMI did a wonderful job putting it on. Will I go back on Decemeber 6th when BMI hosts a Midget Wrestling event? Uhh, I think I'll stick to the musical acts!