The above license plate tag advertising Wentz Chevrolet in Anna brought to mind a very early memory (I was three) when my Dad purchased a brand new ’51 Chevy from the dealership and the car had the same tag offered on eBay. Actually my very first memory was going out with Mom in our old pre-war 1937 Chevy on a cold February morning and the car wouldn’t start. Dad eventually had to hand crank it to get it started, after which we drove to Wentz’s in Anna to pick out a new car from their lot, trading in the old ’37. Probably just needed a battery, but no doubt Mom said enough is enough with the old clunker.

The above eBay offerings related to Ft. Loramie places of business were all favorites of my parents. Vogelsang’s, the Ft. Loramie Hotel and Earl’s Island were great places to eat (and drink) around town, all demolished in recent years. Ray Larger and his brother Ralph picked up the cans of milk like those pictured below each day that were stored in a tank of cool water after milking the cows to keep the milk fresh. And feed for those milk cows (plus hogs and chickens) came from Holthaus Elevator, also since demolished. Our family’s Holthaus Elevator knife had been sharpened so many times, most of the name had disappeared. And Borchers Store as depicted in an old advertising flyer shown above was without a doubt, the most frequently used place of business by Mom & Dad. Here’s a previous blogpost about the Borchers brothers, owners of the store. 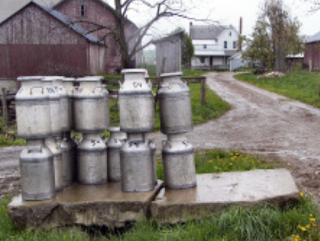 One of my favorite eBay offerings about local memorabilia is the postcard below of St. Augustine’s church in Minster. Since we had many relatives on both sides of the family who lived in Minster, we frequently attended a baptism, first communion, wedding or funeral at the beautiful church. Our relatives would brag that they had the only double steeple church in the area, but Dad would reply that St. Michael’s steeple was the tallest. 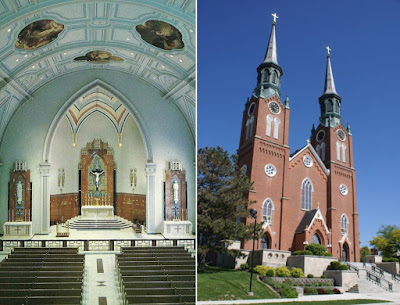 Speaking of Minster, wonder if the current owners of Bud’s Pizza would honor the old token shown below. It may be worth as much as a pizza! And there’s the interesting photo below of Minster's old Crescent Theater on the cover of a 1980 vinyl record featuring Jim Prenger and his Dive Bar Stars! Their songs are still on YouTube. 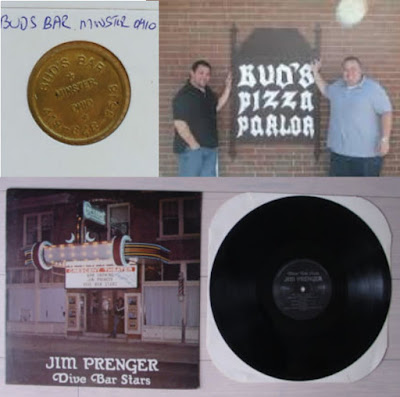 And for some other memorabilia from around the area, check out the photos below: 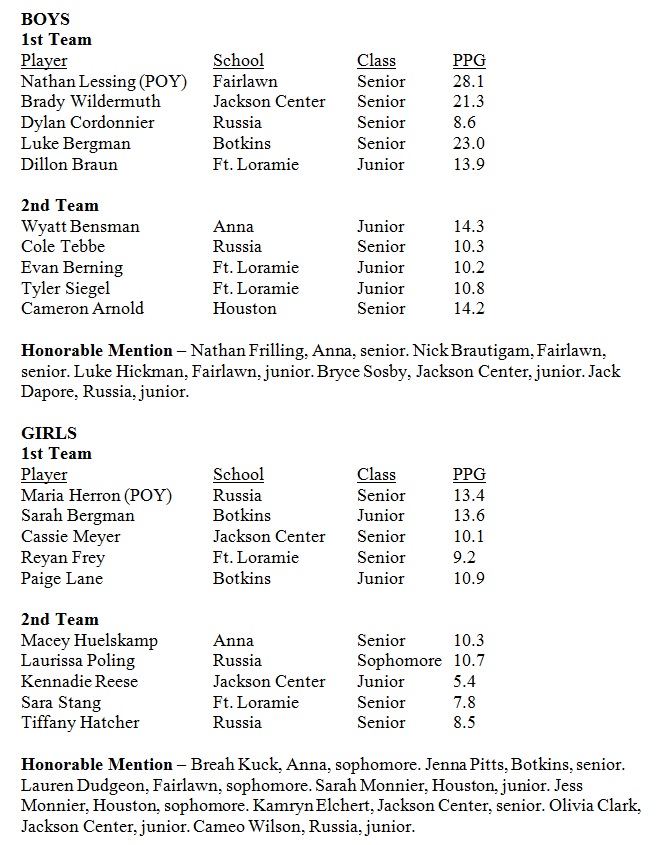 My continuing series of eBay memorabilia related to local communities will take a short hiatus to focus on a topic that ended last week’s blog - cheerleaders! With tournament time coming up, basketball players have to stay focused on winning or suddenly you’re done for the season or worse yet, your career. Staying focused is exactly what did not happen to me as a senior in our first tournament game at Sidney High against Anna. One of Anna’s players, who will go unnamed, was next to me along the foul line during an Anna foul shot early in the game. Turns out Loramie’s cheerleaders were stationed right under the basket and the Anna player next to me, just as the foul shot was about to go up, asked me the name of the red-headed cheerleader on the end. I looked over to see who it was (Jane) as the foul shot went up, which was missed, but the Anna player slipped around me, got the rebound, and put up a shot that went in as I fouled him. He made his foul shot, I eventually fouled out of the game and we lost by 3. Bummer! Anna went on to the regional finals; it could have been us had it not for my lack of focus. Jane, the red headed cheerleader, was indeed cute and as proof, was named Miss Chick that summer. Also, I ended up meeting, than marrying a Russia High cheerleader, living happily ever after as documented in this previous blogspot.

My brother-in-law also married a cheerleader, shown in the photo above. She got a call out by my brother-in-law during a recent Fish Report Live interview of Ft. Loramie’s Tom Brandewie.

Bottom line, boys being boys, they will always check out the cheerleaders, but take my word for it, avoid doing so in the middle of a tournament game! 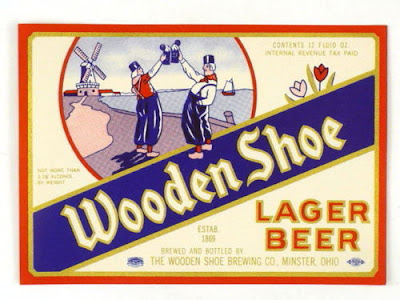 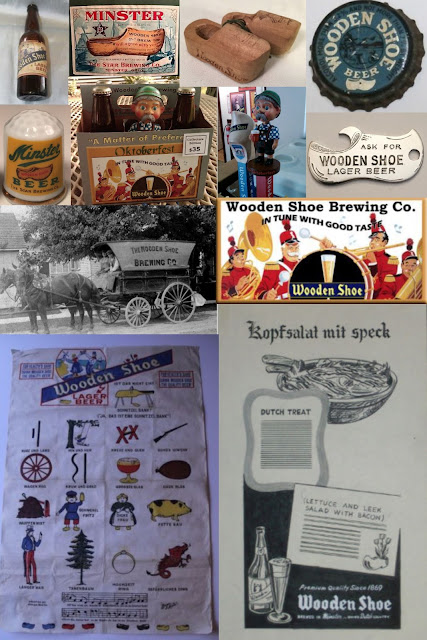 The Wooden Shoe Brewery opened in 1869, surviving a 1888 fire and Prohibition from 1919-33. The brewery closed in 1953, but fortunately the recipe for Wooden Shoe beer lives on as the first of the modern day craft brews, Sam Adams Boston Lager. Apparently a sixth generation descendent of the founder of Wooden Shoe used the original family recipe to start the Boston brewery in 1984. Once closed, the Wooden Shoe Brewery building was eventually turned into a cannery. I recall hauling wagons loaded with tomatoes picked by migrant workers to the cannery from the fields around home. Each migrant worker was paid 10 cents a bushel while working from sun-up to sun-down. The best workers could pick about 15 bushels an hour, with entire families sometimes doing the picking, including young children and aging grandparents. The cannery no longer exists and the building has since been demolished.

Years later, a micro-brewery under the same Wooden Shoe brand opened in 2005, only to unfortunately close in 2012. However, one Minster mainstay, the Wooden Shoe Inn, pictured below, remains open to this day. This restaurant was a favorite of our family, having held many get-togethers in their back room. Proprietor Fred Meyer, pictured below tending bar, always greeted us with a smile, a mug of cold beer and some great stories from the past, one of which is chronicled in this previous blogpost.

Fred was a great basketball player for Minster, leading his team to the State Tournament in 1965. His younger sister, Pam, was a cheerleader on the team and looked like Doris Day, pictured below, only cuter! Every basketball player on teams playing Minster had a crush on her. What does that detail have to do with eBay memorabilia? Don’t know and don’t care! 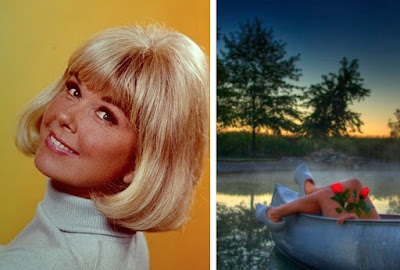 Lady Raiders Regular Season One Of The Best 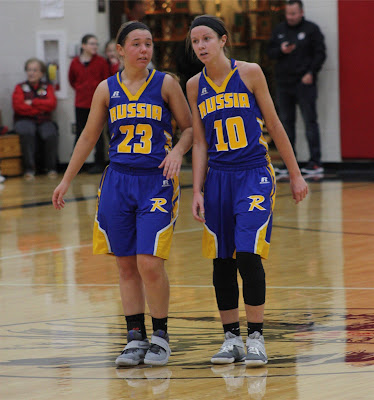 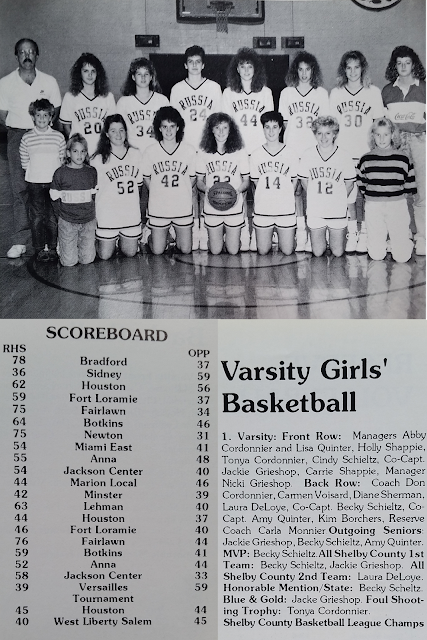 Each day I receive email alerts from eBay for any memorabilia related to many of the local communities back home. I seldom buy anything, but when the emails come in, I’m often reminded of some nuance about the item. Here are a few examples: 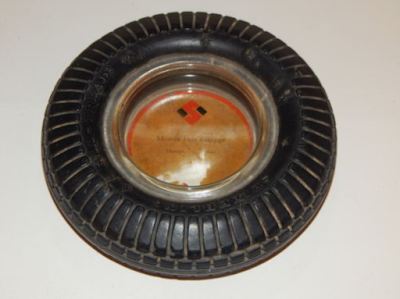 Dad had an ash tray like this from Minster's Motor Inn Garage next to his easy chair in the living room. He gave up smoking when I was pretty young, but for years as a kid we’d play with the tire ash tray, rolling it back and forth, popping out the glass insert, bouncing the tire against the brick wall on our porch and other such games. Fortunately it was used more as a toy than ash tray, no doubt contributing to Dad’s 94 year longevity. In fact, as I recall the tread was long gone and nothing like the photo. Speaking of ash trays, below is a 1976 bicentennial commemorative piece manufactured by my wife’s great uncle from Russia. He also died at a ripe old age as well so he too obviously didn’t use the product much. And pictured below that is a Minster Machine ash tray advertising their world famous punch presses documented in this previous blog post. 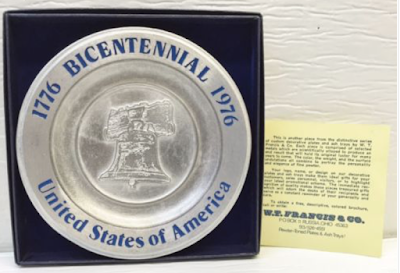 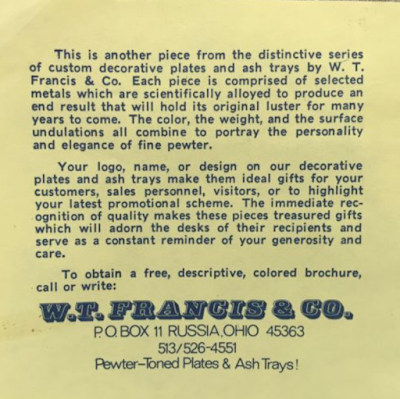 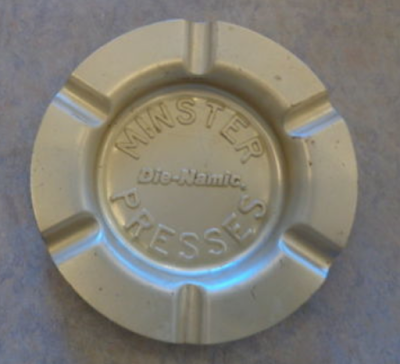 Since we’re on the subject of smoking, below is a photo of an historic Ft. Loramie Fire Department helmet from the early 1900’s that sold for $372! Recall this previous blog about firefighters from that era. 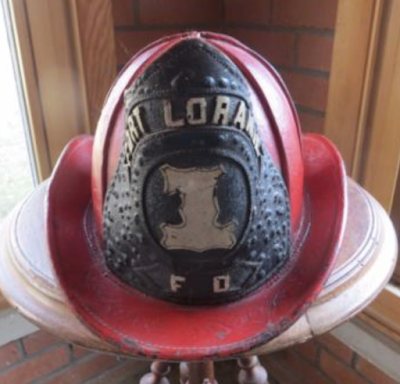 Here are some cancelled stamps from way back when that bring back memories of my stamp collection as a kid that mysteriously disappeared after I left for college, along with my Erector set and baseball card collection! My younger brother has pleaded ignorance all these years; however, my sister did find my old Lincoln log set several years ago in an old box of Mom & Dad’s stuff in her attic! By the way, little known fact: Lincoln Logs were invented by the son of famous architect Frank Lloyd Wright in 1916. 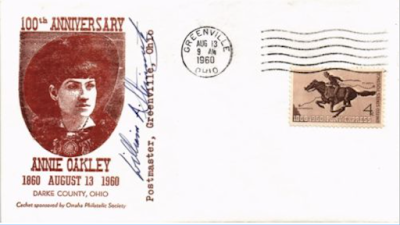 Look for more local eBay memorabilia next week.
No comments: