Four Things I Want For Christmas

Yesterday on Twitter I noticed the hashtag #FOURThingsIWantForChristmas was trending. I was curious to see what everyone's top four Christmas wishes were. Unfortunately, I was quickly disappointed when I discovered the majority of tweets mentioned the newest cell phones, concert tickets, and worst of all, just plain old money. Pretty shortsighted if you ask me. It got me thinking what four things I want for Christmas. As you can imagine, my wish list pertains exclusively to Ohio high school sports. I know these items won't make it under my tree this Thursday, but perhaps I might receive them by another Christmas in the near future...

#1 - Return football to six divisions
I liked the playoffs better in 2012, back when there were only six divisions. I realize when the sport expanded to seven divisions in 2013 the reason given was to level the playing field in Division I. Fine, we tried it for a couple years, but I don't like it. It just feels a little "watered down" right now. Maybe this years state championship three-peat by the MAC influences my opinion. No need to worry MAC fans, prior to expanding to seven divisions you still won something like 22 conference state titles. 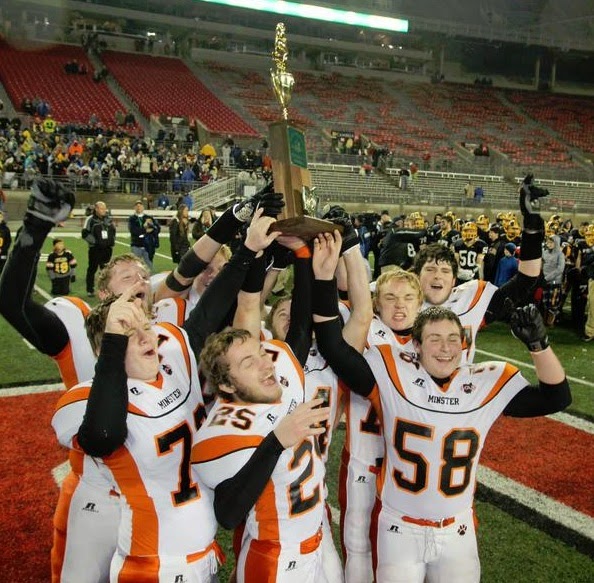 #2 - Live video at the state cross county meet
Cross country athletes run 3.1 miles across fields and through woods, so some might argue it's the least spectator-friendly sport out there. I'll estimate that the majority of fans at the state meet can see about 15-20% of the race from the grandstands located around the 3/4 mile mark and finish line of the course. I wish several video cameras could be located at different spots on the course and perhaps on the vehicle that leads the race. The action could then be displayed on a video board in front of the grandstands. You see this at college championships and it would give folks something to cheer about the entire race. 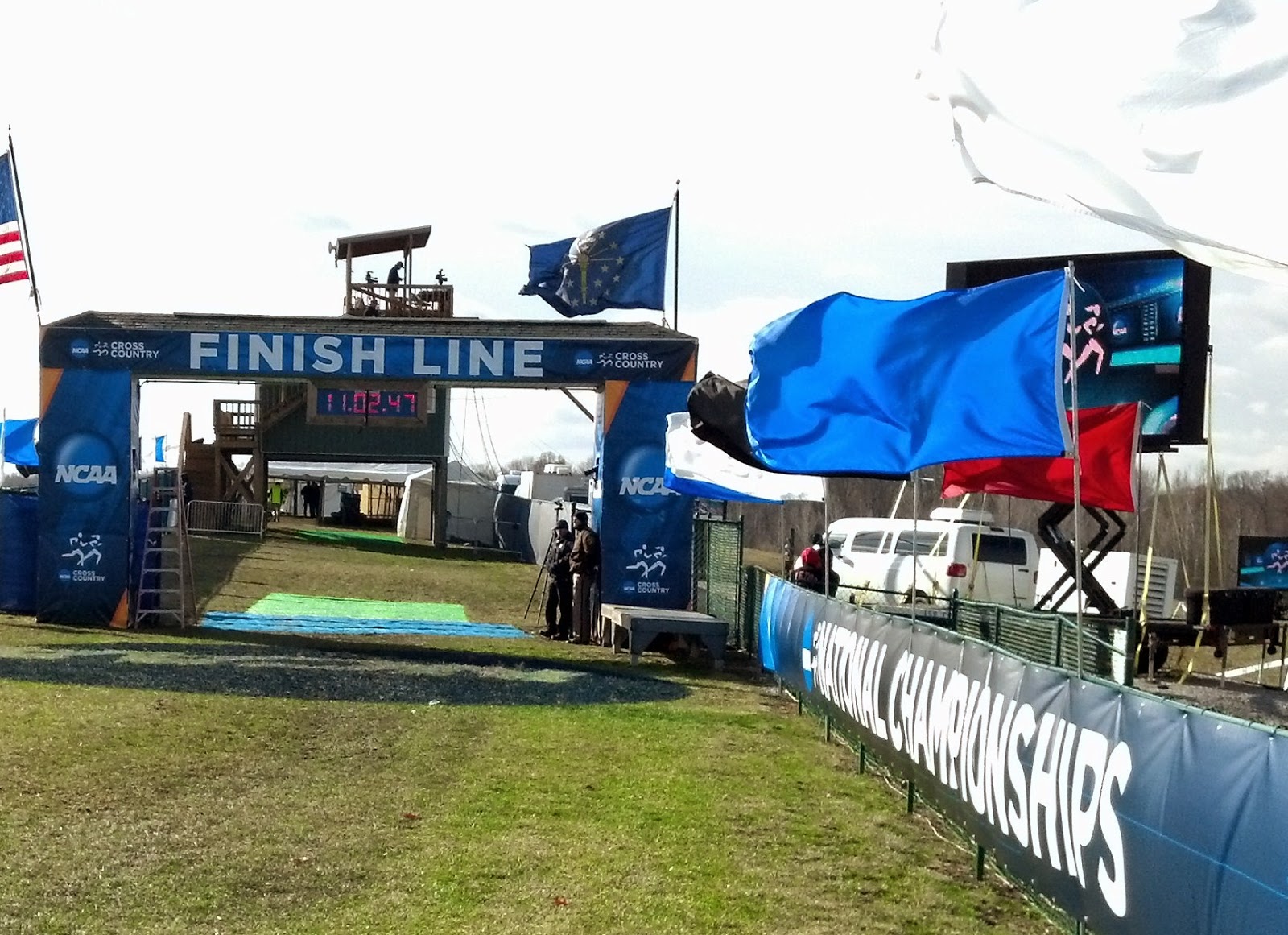 Cross country fans would cheer for a video board like this

#3 - Modernize basketball with a shot clock
The National Federation of State High School Associations doesn't mandate it. It's been talked about for years in Ohio. Several other states use them. I've heard the cons. Some say high school basketball is already exciting enough. Others say training volunteers how to operate them would be difficult. Have you seen some of the scoreboards in gyms today that include player numbers, individual scoring and fouls? I'm confident there are enough intelligent people out there. Let's modernize the sport with the college game like we did with the three-point line in 1987.


Basketball is exciting, unless a team is stalling

#4 - Wood bat baseball
I'm all for technology and keeping current with the times, but when it comes to baseball I'm a traditionalist. I like baseball stirrups and wood bats. The decision in 2012 that all aluminum bats must meet BBCOR testing standards was a good thing. Prior to that, the speed at which the ball was coming off the bat was scary. However, hearing the crack of a wood bat instead of the ping of an aluminum bat would be music to my ears. Think of it this way... have you ever gone to a Cincinnati Reds game and wished they were swinging aluminum bats? I didn't think so. 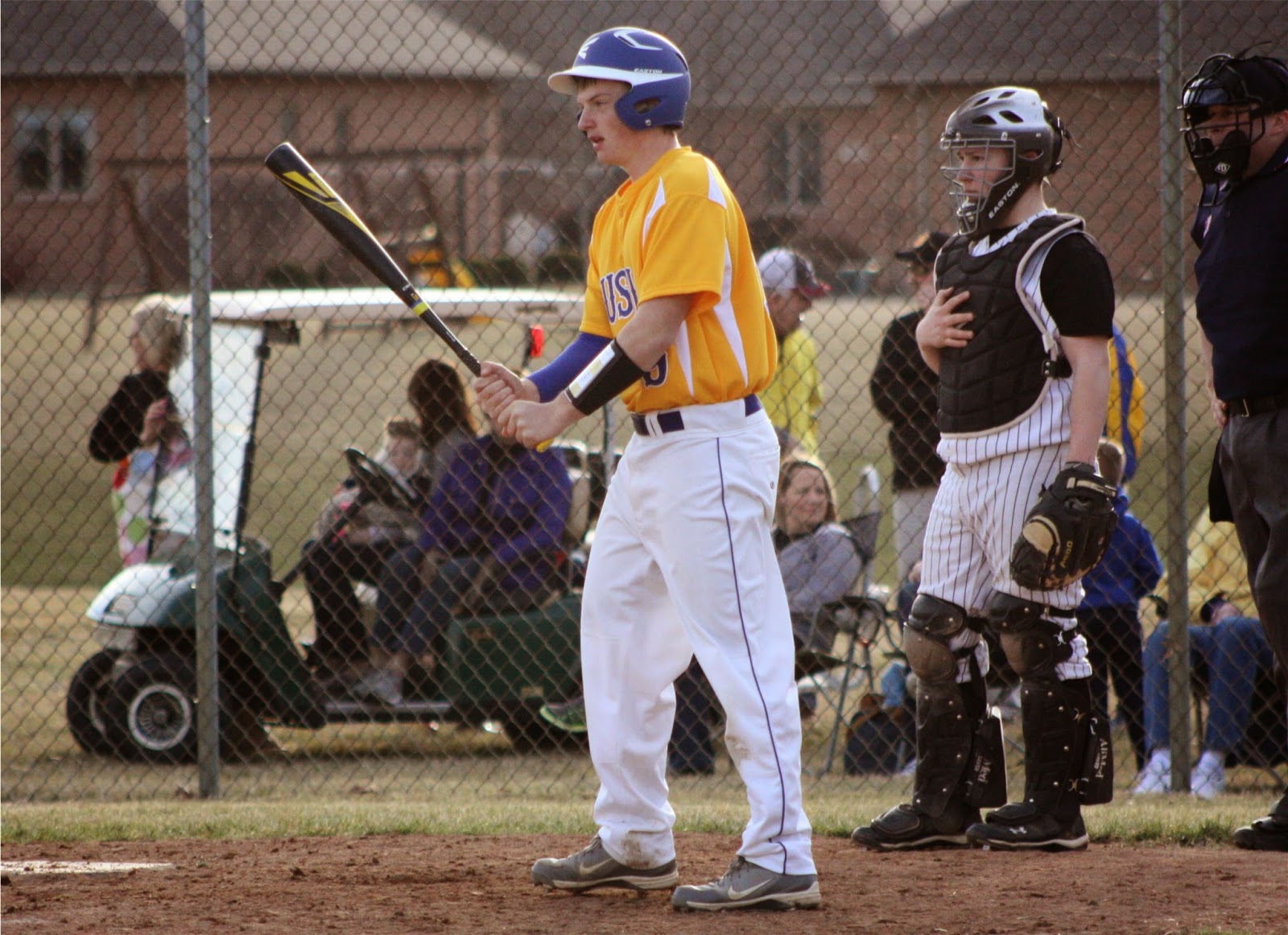 Good hitters can hit with an aluminum or wood bat

There's my list, #FOURThingsIWantForChristmas. Of course I imagine all those items might be easier with money. On second thought, maybe I want just plain old money too!